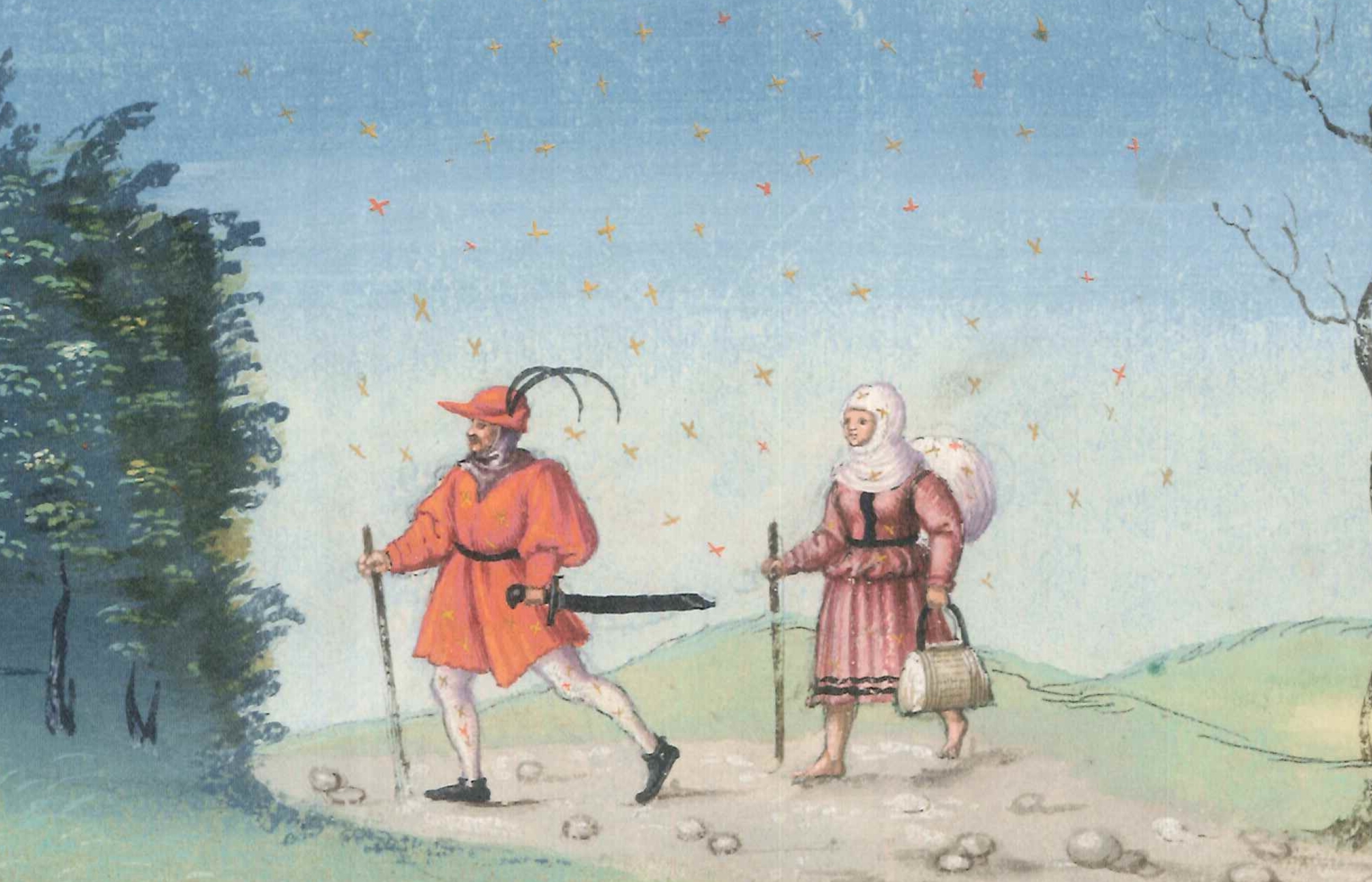 For All My Walking

Review: For All My Walking: Free-Verse Haiku of Taneda Santoka

The travel writer Bruce Chatwin spent much of his life struggling to write a book about nomadism. It was a dream that he never realised. The closest he came to its realisation was his final book, The Songlines. In this strange hotchpotch of fiction, travel writing and literary fragments, he quotes the following verse from the Chinese Book of Odes.

Useless to ask a wandering man

Advice on the construction of a house.

The work will never come to completion.

It was only when he read this verse, he writes, that he finally realised the absurdity of writing a book about nomads. But why should this task be quite so difficult, and why should one not ask a nomad advice on building one’s house? Perhaps one could say that there are two kinds of thinking: on the one hand there is the kind of thinking that is like a house with its foundations, it load-bearing walls and its roof to keep the elements out; then on the other hand there is the kind of thinking that wanders at large, exposed to the elements, with no foundations but the ever-changing road beneath the feet. The thinking that takes place on foot is a thinking that cannot be built into an argument or a thesis: to construct a thesis it is at the very least necessary to have a chair upon which to sit. Instead the thinking that unfolds with the rhythms of one’s footsteps is something fleeting and alive, that brings things to life as it goes.

When he came to produce this volume about the haiku-poet and wanderer Tandea Santoka, I imagine that Burton Watson faced a similar problem to Chatwin: how to write about this poet, Zen priest and traveller whilst preserving the flavour of his wandering spirit. To his credit, in this respect Watson’s book is a great success. For All My Walking: Free Verse Haiku of Taneda Santoka is permeated by spaciousness and by energy.

Born in 1882, Santoka lived an unconventional, messy and, in many ways, hapless existence. When he was ten years old his mother committed suicide and he was brought up by his father. At the age of twenty he entered university to study literature, but finding that the university did not suit him he dropped out after two years. He soon found himself entering into what turned out to be a spectacularly unsuccessful sake-brewing business with his father. He married and had a son, and started to write haiku. By 1920 he was divorced and the brewery had failed, the sake it produced being undrinkable.

A suspected suicide attempt led to him being taken into the care of a Zen priest who trained him in meditation. Santoka was ordained in 1925. The following year he departed on his first walking trip through Japan, a journey that lasted three years. On the road he begged for donations to cover his expenses – flea-pit lodgings, food and sake – and as he trudged the roads of Japan alone he wrote haiku and a kept a diary. Watson has translated two hundred and forty five of Santoka’s haiku along with a generous collection of framents from his diaries. In one of the latter, he reflects upon his life: ‘Talentless and incompetent as I am,’ he writes, ‘there are two things I can do, and two things only: walk, with my own two feet; compose, composing my poems.’

Deliberately drinking to drive out his loneliness, frequently cantankerous about his fellow-guests in the inns in which he stayed, the diaries give an insight into Santoka’s singular character. One gets the sense that his wandering was born not only out of spiritual aspiration, but out of the dispiriting fact that he was not really fit for anything other than roaming here and there, writing poems and begging for his keep. Nevertheless, his poems are often marvels of close attentiveness. Watson’s renderings are simple and direct. Santoka broke with the traditional five-seven-five syllabic form, to write free-verse haiku, fragments of experience, tiny moments of attentiveness to the fleeting phenomena of his travels. Reflecting on his own poetry, Santoka wrote that if there was anything good to be found there, it came from the fact that these poems were neither imitative nor contrived, that they did not lie and that they were never forced: the poems collected here bear this out.

Santoka died in 1940. Having followed his journey to the end, it is hard not to find oneself liking this hapless wanderer. His may have been an unenviable existence, but these diaries and poems to some extent redeem the turbulence, the loneliness and the difficulties of his nomadic life:

for all my walking —

for all my walking —